Brittney Cain originally started her blog, BellBelleBella, as a beauty site. The site evolved as her life did, and now she covers the experience that she and her husband, Doug, have had as they’ve tried to start their family together.

Brittney and Doug met when they were college students at Georgia Tech in 2007. They started dating in 2011, got married in 2015 and began trying to conceive in 2016, after they had gotten their lives and finances in order.

Their journey to parenthood has been tough, and it’s all documented on Brittney’s YouTube channel. Brittney and Doug are now awaiting next steps with a frozen embryo transfer and hoping for the best.

What’s your fertility story, in a nutshell?

After my husband and I got married, we did all the things you’re “supposed” to do like travel, buy a house, save money, before trying for a baby. We started trying in October 2016 when I stopped birth control after 10 years. After no period for 56 days and being told by my primary care physician that nothing was wrong, I decided to advocate for myself and made an appointment with my gynecologist. She diagnosed me with PCOS in March 2017.

In my experience in African-American culture, infertility is still taboo topic to many people. I hope that by sharing our story we can make people feel less alone and more empowered to speak their truth.Everyone assured me that all we had to do was take ovulation induction medicine and we would be fine. Fast forward seven months, swap the gynecologist office for a fertility clinic, and two IUIs later we needed a break to enjoy the holidays. We also decided to go to a new clinic.

We had our initial consultation at the new clinic on a Wednesday, and that Sunday I found out I was pregnant. Beta numbers were fine but the ultrasounds were always inconclusive. We spent six weeks in “pregnancy purgatory” before it was confirmed it was a molar pregnancy – a rare complication where the cells that form the placenta develop into cysts or “moles.” That meant an emergency D&C, weekly blood draws to ensure the molar tissue wasn’t growing back, and up to 6 months of monthly monitoring to make sure my HCG stayed negative.

How did your vlog start? Why did you decide to share the story of your infertility and experience there?

My vlog originally started as an extension of my beauty blog, BellBelleBella, that I started back in the spring of 2013. I had just done the “big chop” – a cultural movement where women stop chemically straightening their hair and embrace their natural curly hair texture. Having hair that short was a liberating and in some ways terrifying experience for me so I decided to start doing things that get me out of my comfort zone, like start a blog and a YouTube channel. I still had a “traditional” day job in IT, so YouTube and the small community I built became a much needed escape from the day to day.

From my husband’s perspective the hardest part for him was making sure that we were emotionally available, open, and honest with each other during the hardest times, even when all we wanted to do was cry or shut down on each other.As with many things, life got in the way for a few years, passions shifted, and my focus centered on other topics that I felt my readership had no interest in, so I took a hiatus from posting for a few years.

The revival of my vlog channel was actually brought on from our experiences going through the treatment process for infertility. In the late summer of 2017 after nearly a year of failed treatments and the anxiety and heartache that goes hand-in-hand with this ordeal, I realized I needed to reach out and get additional support from people around me outside of my husband. We attended support groups together and I found a therapist who specialized in infertility counseling and family planning. During this time I also was working in a high stress environment that made coping with the trials of infertility much worse. Gradually I began to feel more like myself again and finding the strength to get help for myself empowered me to want to help other women and men going through this process.

In my experience in African-American culture, infertility is still a taboo topic to many people. I hope that by sharing our story we can make people feel less alone and more empowered to speak their truth. We decided to switch clinics and took a break from treatment over the 2017 end of year holidays. I made a resolution that in the new year I would revive my vlog channel by sharing our journey. I posted my first video on January 30, the day before our consult at the new clinic.

What was the hardest part of your pregnancy loss from you and/or you and your partner?

The hardest part by far from me would be the inability to move on from the miscarriage due to the constant monitoring from the molar pregnancy. The constant reminder month after month that you are not pregnant and not even allowed to conceive really takes a jab at your ability to move on. In more common forms of miscarriage you are benched for maybe a few cycles. With a molar pregnancy you are subjected to weekly blood draws after D&C until you hit negative HCG followed by six monthly negative HCG tests before you are medically cleared to start again. And, this is just in the best case scenario. If you have not hit negative or your levels begin increasing within a certain time frame you could be looking at repeat D&Cs or in some cases even chemo.

This experience is a nearly impossible pill to swallow when the thing you wanted most ends up turning into a rare complication that can have some pretty serious health ramifications. During the monitoring process I changed therapists and joined a lot of support groups and they were amazing at helping me through it as best as they could. From my husband’s perspective the hardest part for him was making sure that we were emotionally available, open, and honest with each other during the hardest times, even when all we wanted to do was cry or shut down on each other. 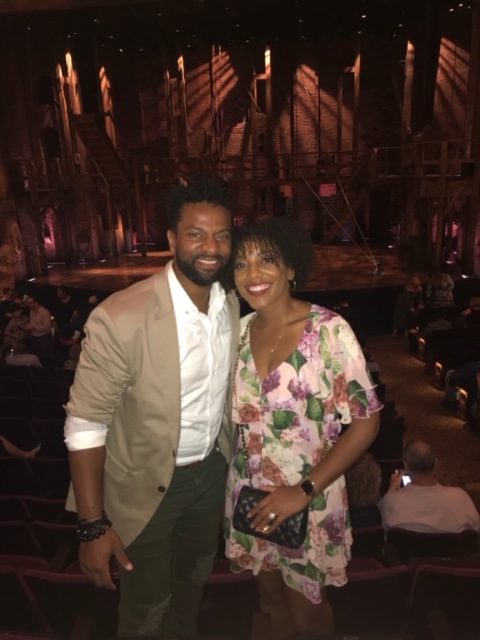 What’s surprised you most about fertility treatments and/or the experience of infertility?

What’s surprised me? How prevalent infertility is. I have had friends and strangers confide in me through private messages telling me they are going through the same struggles. I even recall seeing a coworker at my first clinic (fertility clinic waiting rooms are such an interesting experience!) and we tried desperately to pretend we didn’t see each other. Infertility, even within the community itself, can be an isolating experience; you’re trying to walk the fine line of commiserating with someone while at the same time giving them their privacy. I know there are many situations where we have to act like we aren’t going through this and the last thing I want to do is add any undue stress to an already tense waiting room.

Another item I was unprepared for is that even if you have fertility coverage through insurance (in my case I live in a state without mandated coverage) you can still expect to pay a rather significant amount of money out-of-pocket for IVF.

What do you wish others (who haven’t been through it) knew about infertility?

I don’t think people who aren’t in it realize what an all-consuming emotional ordeal this is. There are good days and bad and some days certain triggers, like going to a baby shower or even just hanging out with your girlfriends, can be too much. If your friends dealing with this tend to stop showing up to certain events like this that they used to attend, just know that they are trying to cope as best they can. All we really need is for friends to simply ask, “How are YOU doing through all this?” and listen to the response rather than trying to find a solution for them. I can guarantee they’ve already tried and thought of everything you’ve thought of.

Where are you now in the process and how do you keep hope alive during this process?

We are just starting preliminary medications for a transfer before the year is out, hopefully before the holidays. Right now I’m leaning on the various communities I have for support and trying to celebrate the small victories each day or hour as they come.

Pre-Pregnancy Genetic Testing: Which Ones Make Sense for You

I Never Wanted to Have an Abortion; Adding Trauma to Grief After Years of Infertility

The Tough Road of Infertility: 700 Shots, Surrogacies & My Path to Having a Son

It Took 11 Years To Have a Child: My Experience with Infertility, Cancer, Luck & Persistence